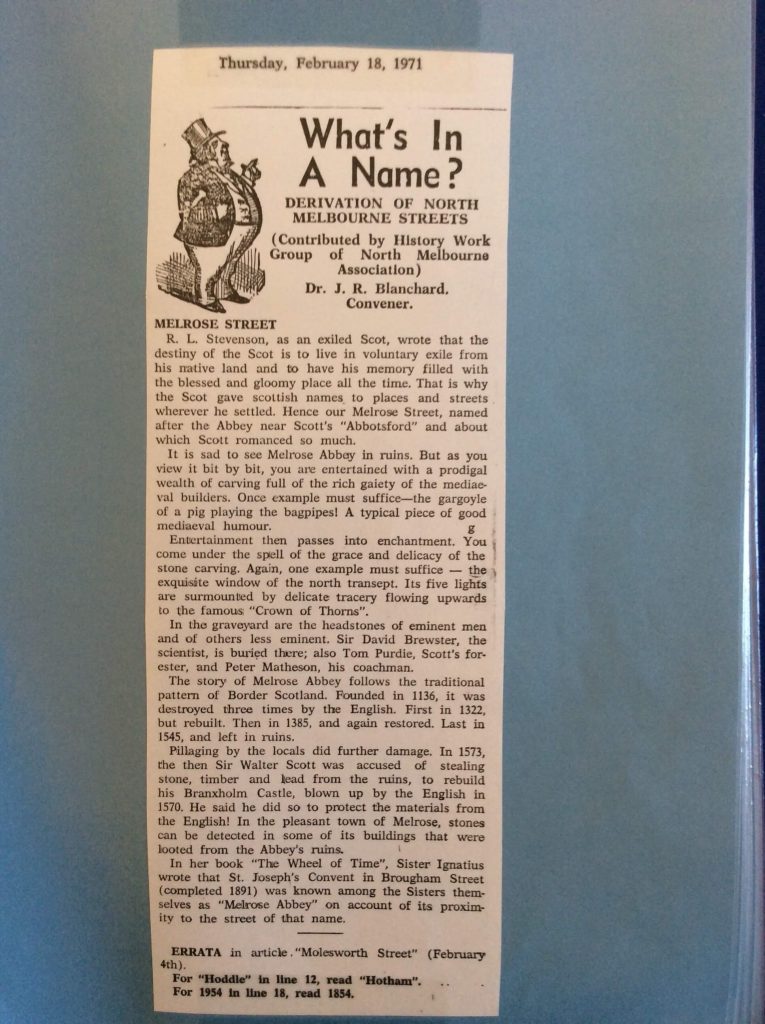 R. L. Stevenson, as an exiled Scot, wrote that the destiny of the Scot is to live in voluntary exile from his native land and to have his memory filled with the blessed and gloomy place all the time. That is why the Scot gave Scottish names to places and streets wherever he settled. Hence our Melrose Street, named after the Abbey near Scott’s “Abbotsford” and about which Scott romanced so much.

It is sad to see Melrose Abbey in ruins. But as you view it bit by bit, you are entertained with a prodigal wealth of carving full of the rich gaiety of the medieval builders. Once example must suffice—the gargoyle of a pig playing the bagpipes! A typical piece of good medieval humour.

Entertainment then passes into enchantment. You come under the spell of the grace and delicacy of the stone caning. Again, one example must suffice — the exquisite window of the north transept. Its five lights are surmounted by delicate tracery flowing upwards to the famous; “Crown of Thorns”.

In the graveyard are the headstones of eminent men and of others less eminent. Sir David Brewster, the scientist, is buried there; also Tom Purdie, Scott’s forester, and Peter Matheson, his coachman.

The story of Melrose Abbey follows the traditional pattern of Border Scotland. Founded in 1136, it was destroyed three times by the English. First in 1322, but rebuilt. Then in 1385, and again restored. Last in 1545, and left in ruins.

Pillaging by the locals did further damage. In 1573, the then Sir Walter Scott was accused of stealing stone, timber and lead from the ruins, to rebuild his Branxholm Castle, blown up by the English in 1570. He said he did so to protect the materials from the English! In the pleasant town of Melrose, stones can be detected in some of its buildings that were looted from the Abbey’s ruins.

In her book “The Wheel of Time”, Sister Ignatius wrote that St. Joseph’s Convent in Brougham Street (completed 1891) was known among the Sisters themselves as “Melrose Abbey” on account of its proximity to the street of that name.(1) 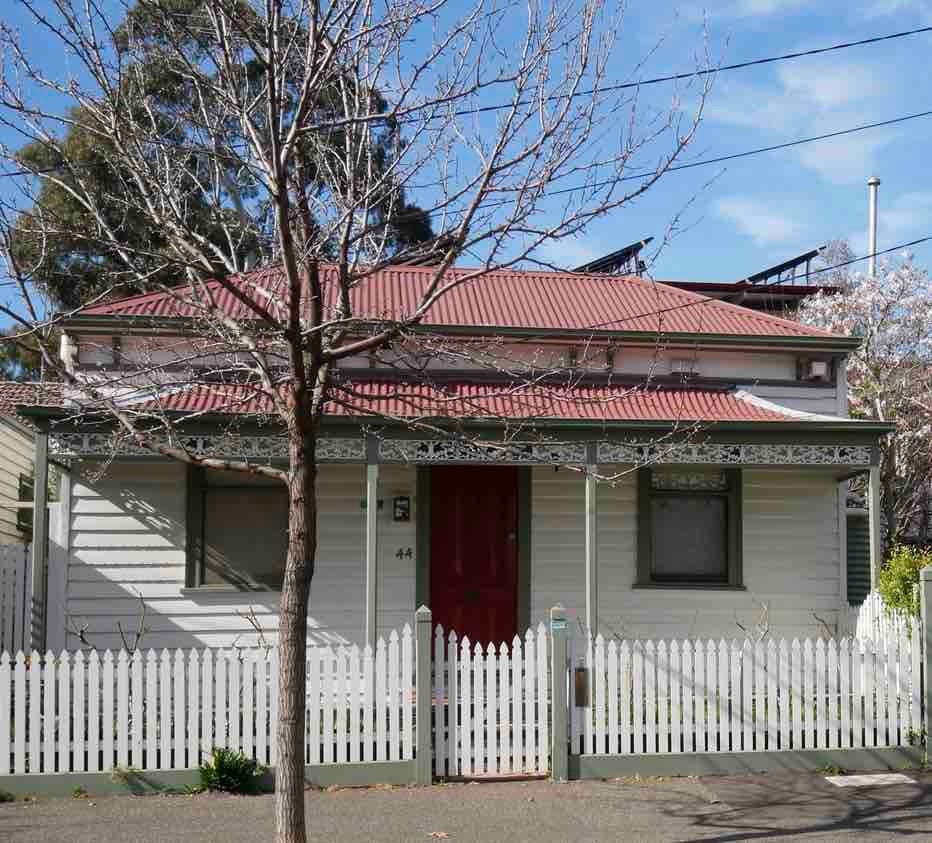