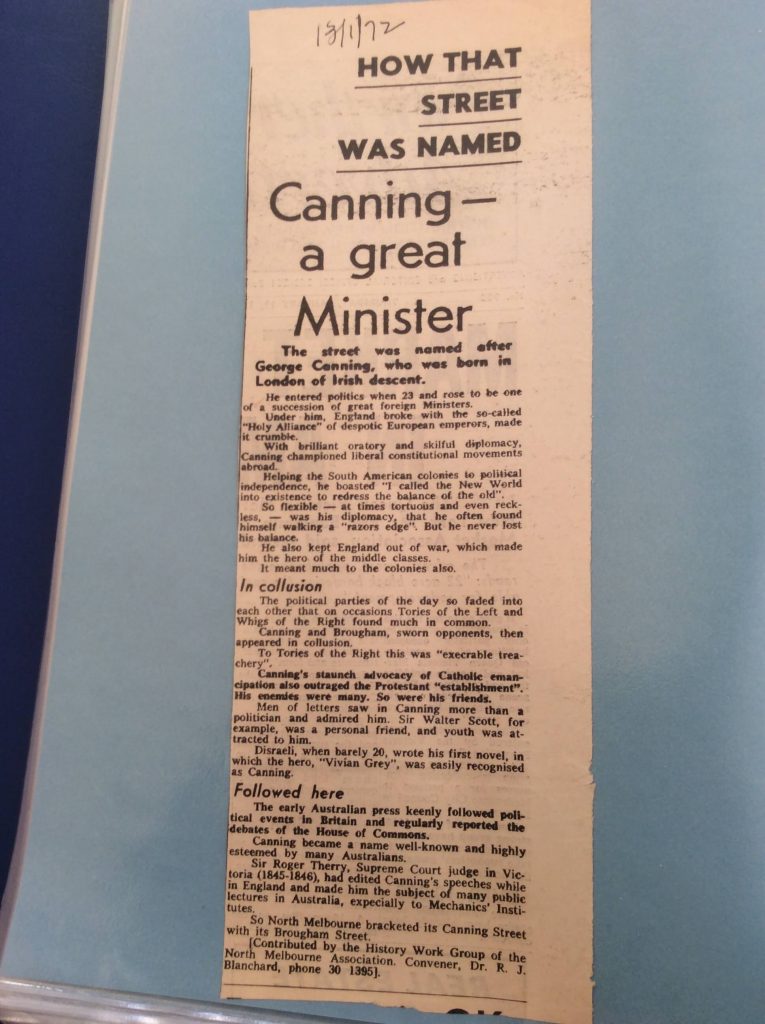 The street was named after George Canning, who was born in London of Irish descent.

Followed here
The early Australian press keenly followed political events in Britain at the time and regularly reported the debates of the House of Commons. Canning became a name well-known and highly esteemed by many Australians.

Sir Roger Therry’ Supreme Court judge in Victoria (1845-1846), had edited Canning’s speeches while in England and made him the subject of many public lectures in Australia, especially to Mechanics’ Institutes.

So North Melbourne bracketed its Canning Street with its Brougham Street.(1)